Other projects of Romanian comparatists

In recent decades, the acceleration of globalization, the growing importance of the role of some super-state organisms, the expansion of multinational corporations, migration growth, and the development of new means of communication have led to a reconsideration of the concept of nation.  The working hypothesis of the TRANSHIROL project – and one of its ground-breaking elements – is that a “national” literature should not be primarily regarded as a system, but rather as a network defined by the transnational communities into which it is integrated.

The project is among the winners of the latest “Consolidator” Grant competition and thus has been awarded funding by the The European Research Council.

The project will bring together not only a set of state-of-the-art guidelines in literary studies and in the wider field of the theory of culture, but also a series of interdisciplinary aspects ranging from sociology and imagology to digital and quantitative studies. An expert in Romanian Literature, during his career to date Professor Terian-Dan has been a visiting researcher in the UK, Spain and Slovenia, and is now based at his alma mater, the Lucian Blaga University of Sibiu.

A Transnational History
of Romanian Literature

The “Tudor Vianu” Interdisciplinary Centre for European and Romanian Cultural Studies (www.ciscer.ro) was founded in May 2006 on Prof. Mircea Martin’s initiative, supported by the Chairs of Literary Theory, Comparative Literature, and Romanian Literature in the Faculty of Letters, University of Bucharest. Its main objective is to enhance collaborative research of the specialists in humanities. The Centre is led by a scientific board directed by Prof. Martin. The Centre’s scientific secretary is Prof. Oana Fotache Dubălaru.

Over the years, the “Tudor Vianu” Research Centre has organized several international conferences:

An important section of the Centre’s activity is the series of seminars for students which brought forward recent themes in the international cultural debate, through the analysis of major theoretical texts: Cultural Imperialism and Postcolonialism, How is Literary History (Still) Possible?,  Literary Constraints, On Theory and Other Demons, Reinventing Research Methods when Discussing Classical Literature, What is “European Literature”?, etc.

Among the Centre’s projects that contributed significantly to its development were the following national/international grants:

The Centre hosts a research library for the use of MA and PhD students, researchers and academics, funded through grants and donations.

In order to ensure an efficient interdisciplinarity, both the study domains and the scientific team broadened and expanded in 1998.

Thus, the literary studies centered around the project of the Romanian Dictionary of the Central-European 20th Century Novel benefited from the technical and research support of historians (coordinated by Valeriu Leu), anthropologists (coordinated by Smaranda Vultur) and Sociopolitical Studies specialists (coordinated by Gabriela Colțescu).

In 1999, an ONG-like institutional network was formed, The Third Europe, comprising, between 1999 and 2005, a research unit (The Central and Southeastern-European Comparative Studies Center), an educational unit (Timișoara Open College), an Observatory for Regional and Euro-regional Politics and an informative unit (library, archive, electronic data base).

Between the 24 and the 26 of October 1997, the founding members organized in Timișoara a National Colloquium titled ”A Rediscovered Conjuction: The Idylic and the Grotesque in Central European Fiction”, which brought together an impressive number of Romanian and foreign comparatists, historians and literary theorists.

On that occasion, the Romanian Association of Comparative Literature was founded, and Paul Cornea was elected its president.

During this time, more than 60 books were published (most of them at Polirom or Univers publishing houses), among which 30 were translations from  fundamental works of important writers, historians or political scientists. 20 of the works  were published under the Foundation’s  name (three anthologies, totaling 1500 pages, a Timeline of Central Europe, two series – Seminar and Caiete -, 11 oral history publications, five issues of The Third Europe magazine, totaling more than 1000 pages, a digital 20th Century Central-European Culture Encyclopedia  and The 20th Century Central-European Novel Dictionary, in the process of being published at Polirom). The Dictionary, coordinated by Adrian Babeți includes 197 Central-European authors.

Phantasma - The Center for Imagination Studies 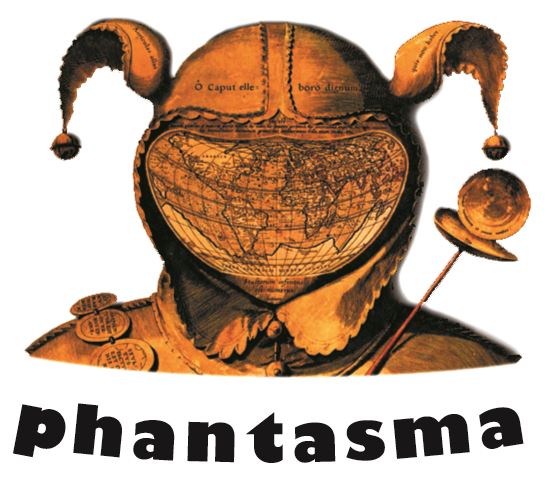 Phantasma – The Center for Imagination Studies was created on April 16, 2002, at the Faculty of Letters of the “Babes-Bolyai” University in Cluj-Napoca, Romania.

It has been included in the international network CRI2i (Centre de recherches internationales sur l’Imaginaire), which encompasses over 30 research centers throughout the world, from France, Italy, Belgium, Spain, Portugal, Romania, Poland, Canada, Mexicc, Brasil, Argentina, Tunis, Marocco, Japon, Koreea, Taiwan. In 2008 și 2020 Phantasma organized in Cluj the 1st and the 4th Congresses of the CRI2i.

Phantasma – The Center for Imagination Studies is a laboratory for studying the social and cultural imaginaries. Its creation starts from the premise that the majority of academic disciplines deals only with our rationalistic and positive ego, but completely ignore our unconscious personality. In order to explore the individual and collective subconscious life, the Center intends to deploy several up-to-date methodologies and approaches (active and participative research, focus groups etc.). Its activity will be very innovative, at least in the Romanian and Eastern European academic tradition, and very profitable for Transylvania and this part of South-Central Europe.

1 The deconstruction of the social-political ”mythologies”

The analysis of the imaginary is a powerful deconstruction device of the ideological, political and social stereotypes and clichés. Aware of the development of today’s world into a “global village”, and starting from the assumption that media images are not perceptive, direct, but “imaginative”, processed, transformed, we intend to analyze images as they are engendered by the written press, by the advertising and movie industries, by cable and satellite television, the internet, etc. Research into the imaginary is essential to understanding the way images affect social groups and collective mentalities, especially in an age when the unprecedented expansion of the visual culture gives vent to a series of subliminal – ideological and political – manipulations of the public.

2 The reconstruction of the post-postmodern subject.

The practice of the fantasy enables postmodern man to cope with the increasing celerity (Wlad Godzich) of contemporary life. Dangerously exposed to politropy and polychrony, i.d. to the schizophrenic necessity of being aware or even being present to diverse actions that occur in different places simultaneously, postmodern man has to find a way to develop a new and very demanding identity. But traditional logos and rationality offers only the model of an integrated homogenous subject. The reconstruction of a polymorphous and disintegrate subject should use the psychological techniques of the imaginary in order to unite and to keep together the divergent tendencies postmodern man has to deal with.

Imagination studies have developed an entire range of extremely efficient analytical methods and instruments (psychocriticism, myth criticism, archetypology, imagology), which contribute to constructing a hermeneutics of the cultural imaginary from an intrinsic perspective. This approach focuses on the genuine substance of images, symbols, and myths, conceived as well-defined psychic functions. Our long-term project is to combine these methods with active and focus-group research, in order to identify the noumina that generate constellations of artistic images.